This blog-post is intended to provide the information required for the ALS practitioner to complete their theory component for the 2018 CPG update with regard to TXA. To access CPD points for this activity (blog post) please see the information box at the bottom.

This resource may also be used to inform any interested party in the physiology, pharmacology and use of Tranexamic Acid in the emergency setting.

Some definitions before we start

First of all – Let talk about clotting

The coagulation cascade is something we need to have a basic understanding of if we are to understand where TXA works, and how it works.

The first thing we need to understand, is that where there is bleeding (as a result of trauma, or damage to vessels, vessel rupture), there is clotting. Where there is clotting, there is an internal process of fibrinolysis (break down of clots). The body is continuously aiming to achieve an environment that is in homeostasis, or balance. When a clot is formed, it puts distal tissue at risk, and so it must be broken down eventually.

This is completely normal. Refer to diagram below and description that follows to understand the coagulation cascade a little better:

Below is an image of the triggers to platelets, and the effects when the platelet receptors are activated. 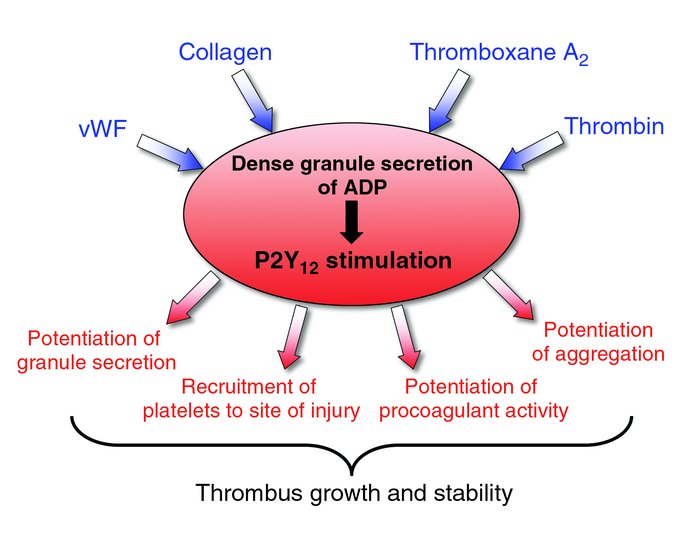 All clots will need to be broken down again with time, as soon as there is local activation of the clotting factor, there is also local fibrinolysis. This is a safety mechanism to prevent damage to the tissues distal to the injury in the vessel, and assists with healing.

This is helpful with small injuries to the vessels, however, in patients who have a systemic activation of clotting due to massive or severe trauma, the activation of systemic fibrinolysis can increase the threat to life.

Plasmin is an enzyme that destroys the fibrin mesh, this breaks down the clot into smaller fragments which are then circulated through the body and broken down further in other areas of the body (the liver and the kidneys).

The problem is that when this happens on a mass scale, there is a problem in that clotting and then bleeding on a mass scale also occur resulting in consumption of the coagulation factors, and with increased bleeding, this means the patient cannot clot and maintain a clot. This is further discussed below.

This brings us to the patient who presents with a life threatening bleed.

See the diagram below for the processes that can result in traumatic coagulopathy:

What is really important to understand, is that tranexamic acid alone will NOT save the patient with major haemorrhage, a multi-pronged approach to the management of this patient is vital. This approach should include:

What we do know, is that in the patient with massive blood loss, when we add tranexamic acid to the care bundle above, early in the patient treatment (the earlier the better), we can affect mortality positively.

What are the recommendations?

What is the effect of this medication on mortality?

The Crash-2 trial (Shakur, et al. 2010) enrolled over 20 000 patients who were admitted with bleeding or thought to be at risk of bleeding, these patients were randomized to one of two groups.

The first group received 1g TXA over 10 minutes followed by a 1g infusion over 8 hours. The second group received placebo at the same time regime as the TXA group (the treating practitioners were not aware if the patient received the medication or placebo). This was administered in the first 8 hours following injury.

Description of the medication:

Pharmacological Action (how does the medication work?)

How does it do this?

TXA works to inhibit the activation of plasminogen to plasmin, on the diagram below you will see that in order for the clot to be broken down plasminogen (inactive form) needs to be converted to plasmin, and then the process of clot fibrinolysis can occur.

TXA is a competitive inhibitor (it works against) plasminogen activator, and so prevents plasmin from being formed.

Pharmacokinetics (how the medication moves into and out of the body)

TXA is administered to the bleeding trauma patient via IV, this means that all of the dose is immediatly available in the blood after administration.

Indications (when should I use it)

When you are treating a bleeding patient, or a patient who you think might be bleeding enough to create a life threat, within the first 3 hours following injury.

Contra-Indications (when should I NOT use it)

The list in red is the list of contrindications that appear on the package insert of this medciation. The list that appears in blue below that is a list of relative contraindaitons, and conditions in which the provider should think a little more carefully about the risk/benefit ratio.

Adverse effects (things that could go wrong if I use it)

Ones we need to worry about for the pre-hospital environment

Severe adverse reactions to TXA are uncommon, especially in the population of patients treated in the pre-hospital environment. The risks associated with lower doses (as

reccomended below) as acute/single doses increase the safety of this medication. 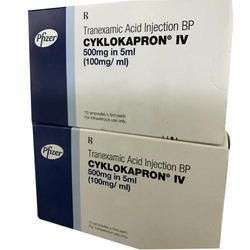 TO ACCESS CPD POINTS FOR THIS ACTIVITY (SA only):